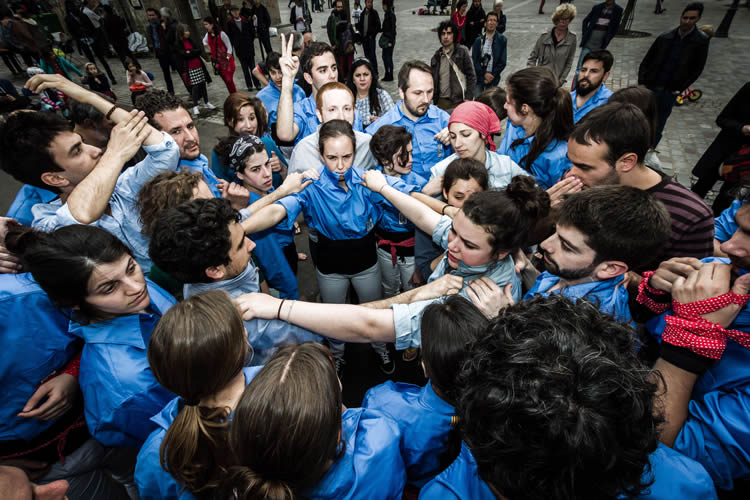 Since 2016, the Biennial organizes a gathering of international “colles” on Concurs’ Saturday, at noon, at the plaça de la Font. That way, the Concurs gives visibility to the growing emergence of “colles” in other countries. Teams from London, Paris, Copenhagen and Andorra took part in 2016’s performance. Two years later the one from Madrid was added. The Muixeranga d’Algemesí and a group of govindas from India also performed at the event.

To these international “colles”, this performance is an important stimulus as it is a chance to perform with other teams –which is rare for them- and in front of a sympathetic and knowledgeable audience, as well as exchanging experiences among themselves and with the Catalan “colles”.